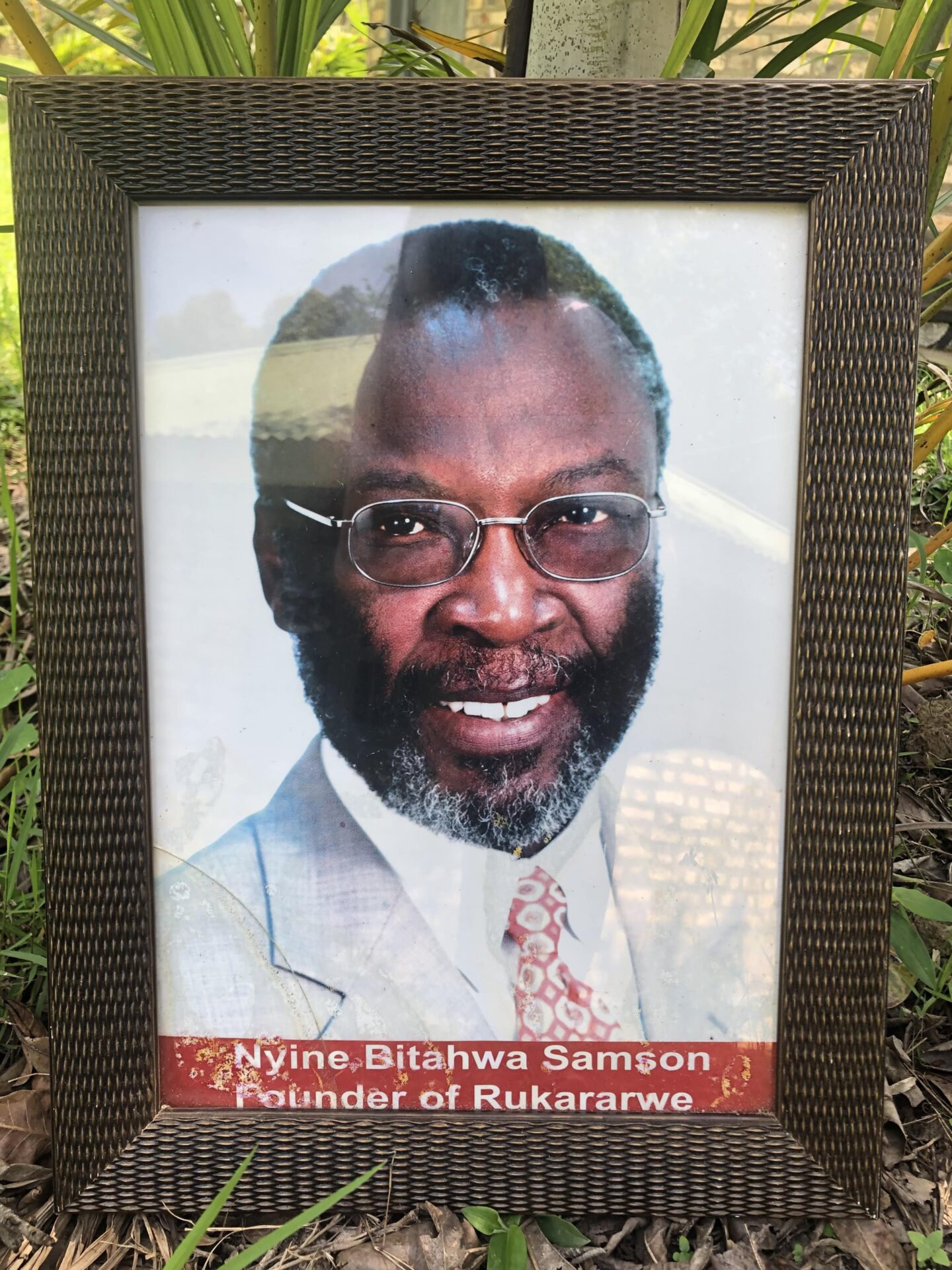 An economist by training, he speaks English, German, Kiswahili and Serbo – Croatian languages.

Later student at Ntare Secondary School in Mbarara where many Ugandan politicians passed their A-Levels.

After school, getting educated for being a nurse.

When Idi Amin was already in power study of the economy in Belgrade and marrying his first wife (one daughter).

Try to become a refugee in Sweden, being rejected by the Swedish immigration office. Getting refugee status in Germany.

Staying in Kiel, Germany. Divorce with first wife and wedding with the second wife from Germany (two children). Meeting with student-pastor and one future friend Klaus Onnasch in Kiel. Leading to support and contact to Dienste in Übersee (translation: overseas services), a german evangelic organisation for development workers, resource person giving seminars and courses as preparation for development workers.

Establishing partnerships between German parishes of Kronshagen, Raisdorf, Schoenberg, Preetz and Selent and Uganda to support and create awareness of human rights violations. Organizing public awareness functions for the situation of the country and citizens.

Civil Servant, Government of Uganda. Ministry of Rehabilitation and Reconstruction. Undersecretary in charge of Aid for returning Ugandan refugees.

2) Tutor in Economics Institute of the Evangelical Churches of Germany.

2) Strengthening the partnership of Bushenyi, Rukararwe and Kiel and other german parishes with many travels in both directions.

Founder, CEO,  “Earth Technology Rukararwe Ltd” (ETR) in Uganda. Training rural masons in the use of the earth brick technology, the building of classrooms, teacher houses etc. finally assignment of building an office block in Moroto (Karamoja) for EU.

Ambassador Extraordinary and Plenipotentiary of the Republic of Uganda to the Federal Republic of Germany, Republic of Austria, Hungary Czech Republic and Vatican City State. Possibly Ugandas best ambassador in Germany because of his personality, his career history and his perfect knowledge of the language and culture

Death after two days in the hospital because of sudden heart attack.